Being a Part of the Living Room of the Future

Pavel Prokopic is a filmmaker currently working toward a practice-based PhD at the University of Salford, funded by the AHRC North West Consortium. His research is concerned with exploring the potential of film for a non-rational, non-narrative meaning emerging from the alignment of chance, art-cinema style and unrepeatable nuances of performance. This gives rise to a feeling of meaning, and produces certain magic moments of cinema, which he calls Affective Signs. Pavel is currently undertaking a six-month placement at the arts centre FACT in Liverpool as part of his PhD.

You can find out more about Pavel’s research here: http://www.pavelprokopic.com/affectivesigns.html

When I started my placement at FACT in February, it immediately occurred to me that becoming part of a dynamic and exciting arts organisation will go beyond the originally agreed plan for my time there. Roger McKinley, the Head of Innovation and Research at FACT, saw the potential of my practice-research film work to be included as content in the Living Room of the Future – an Internet of Things research project on which FACT has been collaborating with the BBC and Universities of Lancaster and Nottingham. Initially, content was provided by the producer Ilija Tiricovski, who had become involved through a workshop run in Sarajevo in the earlier stages of the project: this was a film about an old residential building in Skopje, Macedonia. However, bringing this work together with elements of the non-narrative, affective cinema from my research lead to a fascinating, unpredictable correspondence between the two visual worlds, especially when placing them side-by-side in a split-screen format. I took on the job of editing this new film fusion, and wrote and recorded an abstract, poetic voice-over with a pair of performers, which added unity to the newly formed piece, while matching and preserving the non-rational nature of the connections between the images. This resulting work has been integrated into an immersive, personalised living room experience – an installation open to the public at FACT in Liverpool, 4-18 May 2018. The work will later visit other venues across the UK and beyond.

Participating in this complex research project has been an invaluable experience for me, while the creative challenge of producing the film content – building on my practice-research work while collaborating with others – has been an exciting journey of artistic discovery. I am now looking forward to the rest of my placement at FACT, which will involve more film experimentation and an eventual exhibition of my project to the public, 21-23 August 2018. 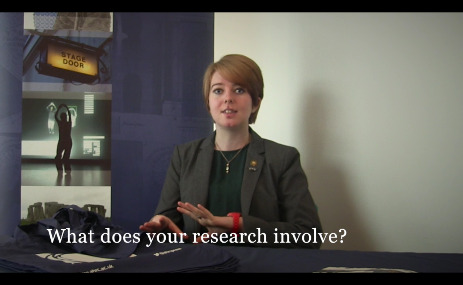 ‘The vision of the North West Consortium Doctoral Training Partnership (NWCDTP) is to establish a centre of excellence in the arts and humanities. Researchers will be equipped with world-leading knowledge and skills appropriate to meeting the academic, professional and socio-economic demands of the twenty-first century…’